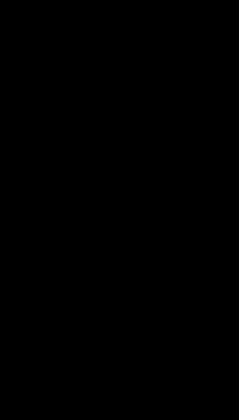 LEVI BROWNING. Three generations of Brownings have left their indelible stamp upon the history of Illinois, the first representative settling in what is now Franklin county, but which then (1796) was unexplored, unsurveyed and unsettled country. They were pioneers in the purest sense of that most expressive word, and have been identified since the coming of the first Browning to Illinois with the civilizing, settling and general growth of the state. Levi Browning, a son of the first of his name to locate in Illinois, lived a life replete with good works in behalf of his fellow men. His benefactions in money alone would aggregate an enormous sum, while his material gifts were freely supplemented by the greater charity of time, love and labor on his part towards those who needed his ministrations. Although he lived to the venerable age of eighty-four years, his passing on July 22, 1905, marked the close of an unfinished work, for he was active and ambitious to the last, continuing his good work with an energy seldom seen in a man of his years. The educational interests of Southern Illinois ever found in Mr. Browning a staunch supporter, not alone in a material way, but by his personal aid and influence, and it has been estimated that he gave more in time, labor and money to the various educational institutions of his section of the state than any other man in Franklin county.

Levi Browning was born in 1820, at Browning Hill, which point was first settled by his father, John Browning, in 1804, the latter being the first man to locate in what is now Franklin county, then an unpierced wilderness. John Browning was a Missionary Baptist minister, born in North Carolina in 1781. He moved first to Tennessee, thence to Illinois in 1796, moving into the Jordan Fort in order to be safe from Indians. This fort was three miles south of Fitts Hill. Here John Browning was engaged as guard for the mail carrier who made the trip between Kaskaskia and Shawneetown semi-weekly, and continued in that employment for some little time. He eventually married Nancy Kitchen, and they reared to maturity a family of twelve children. Today John Browning has fully one hundred and fifty descendants living. As mentioned above, he built a home on an elevated site which he named Browning

Hill, and this was his home throughout his life. He came of a family of Baptists and he himself entered the ministry and gave a lifetime of service to his church and his people in Franklin county. He was known and loved throughout his county and Southern Illinois by a wide circle of admiring friends, who keenly felt his loss when he passed away at an advanced age at the family home on Browning Hill.

Levi Browning, his son, received his early education in the home of his boyhood. In his youth opportunities for the education of the young were not as numerous as today, and in Southern Illinois that this is longer the fact is due largely to the efforts and generosity of himself in later years. Always deeply interested in the cause of education, he exerted every influence he possessed to secure for this section of the state schools and colleges of the best class, so that the children of this day may secure advantages of an educational character unsurpassed by those of any part of the country. He helped to found Ewing College at Ewing, Franklin county, and was one of the first trustees of Shurtleff College at Alton, Illinois. In 1840 Mr. Browning first came to Benton, where he lived until the day of his death. He saw the town grow from its first day of life, being there when the town was laid out and the first lots sold. In 1841 he opened up a general store in Benton, and he continued in that business until he retired from commercial life in 1888. His early experience in business life was attended by many trying conditions. For years he was compelled to "tote" his goods from Chicago, then a small town, by ox-team. He remembers the great business thoroughfare, State street, when it was not more than an ill kept road, and on one occasion when driving out of Chicago with a load of merchandise for his Benton store, Mr. Browning`s team became mired in the most prominent part of State street, so bad was the condition of the road. Thus from a small beginning, Mr. Browning continued his merchandising for nearly a half a century, having built up a splendid business before his retirement. The first flour mill in Franklin county was built by Mr. Browning, and it was in operation until a few years previous to his death. He also built the first sawmill to be operated in the county, and with the aid of John G. Buchanan, built the first ice house known in Franklin county. Furthermore, he was instrumental in causing to be erected the first church in Benton, now the house of worship of the First Baptist church of the city. He assisted in making the original plat of the city, and was the owner of much Benton real estate. It is estimated that his name appears on the transfer deeds to more Benton real estate than does the name of any other man in the county. In 1854 Mr. Browning was appointed a member of the Illinois drainage commission, which position he retained up to the time of his demise, and during his tenure of office he disposed of more than forty thousand acres of swamp land. Among his official acts was the construction of what is known as pond ditch, made to drain Buckner pond, a work of vast importance to the surrounding country and at that time regarded as a most difficult undertaking. Through his efforts a large acreage of swamp lands were thus reclaimed, and is now held as valuable farming land.

Not alone in business and educational affairs was Mr. Browning an active promoter, but in religious circles also his influence was most pronounced. For fifty years he was a deacon in the Baptist church, of which denomination the Browning family has long been the adherent, and he was familiarly known as Deacon Browning. He was the last of the original organizers of the Franklin Baptist Association, of which he was clerk until a few years prior to his death. The records of this Association bear witness to the fact that Mr. Browning's father, John

Browning, was the first white man to be baptized in the waters of Big Muddy, and that the officiating clergyman was Rev. Isaac Herrin, whose descendants are now so prominent in the affairs of Williamson county, and who was the grandfather of Ephraim Herrin, the founder of the city named Herrin. The interest of Mr. Browning in Shurtleff College, which he helped to found, was most beautiful to behold, and he was the last member of the original board of trustees of that College. That institution and Ewing College were always the recipient of every benefit he was able to bestow, and in his death both lost a friend and supporter of the highest order. A man of deepest sympathies, inexhaustible energy, unfailing personal integrity and exceptional business talents, his whole life was a boon to his county and state, and his death, which occurred on July 22, 1905, was felt as an irremediable loss in the community in which he was so universally loved and respected.

In 1853 Mr. Browning was married to Miss Fannie Howell, of St. Clair county. She died the following year, leaving no issue, her only child, Quincy Browning, having died in infancy, two weeks previous to her demise. His second marriage occurred in 1855, when Miss Tabitha Layman, of Benton, became his wife. Eight children were born of this union. The eldest, Florence May, died at the age of four years. The others are: Mrs. Lula B. Ward, Quincy E., Thomas S., John L., Mrs. F. J. Hickman, Mrs. L. E. Chenault and Miss Nancy Eugenia, all of whom are residents of Benton excepting Mrs. L. E. Chenault.